The Pakistan Cricket Board has advised their players to follow their social media policy and stay away from any controversy. The advisory came after the latest Twitter row involving Mohammed Hafeez and Sarfaraz Ahmed.

It all started when Hafeez praised Mohammed Rizwan after his magnificent century in the 1st T20 against South Africa. In the same tweet, he took an indirect dig at the ex-captain, Sarfaraz Ahmed.

The tweet read “ [email protected] on scoring T20 100. U r a Star shining star. Wonder how long u need to prove that u r No 1 wicketkeeper/batsman in Pakistan in all formats of the game. Just asking”

This irked Sarfaraz who replied Hafeez by saying that whoever is playing for Pakistan is the number 1 wicketkeeper, citing the examples for some former Pakistan wicketkeepers.

Hafeez bhai Sb, whoever has played for Pakistan from Imtiaz Ahmed, Wasim Bari, Tasleem Arif to Saleem Yousuf and from Moin Khan, Rashid Latif to Kamran Akmal and even Rizwan right now has always been number ONE for the country and have been respected accordingly,” replied Sarfaraz.

Mohammed Amir also jumped into the banter and backed Sarfaraz stating that he’s the pride of Pakistan. Under him, Pakistan have won the Champions Trophy and were the number one T20 team for two years.

Hafeez was certainly not impressed with the sudden outrage and gave a strong response to the duo via another tweet that read “Shallow minded approach exposed”.

It is also believed that Hafeez complained to the PCB about the same. While Hafeez is not in the list of PCB’s contracted players, Sarfaraz Ahmed is the part of the Pakistan squad that is playing the T20I series against South Africa. However, the wicketkeeper-batsman didn’t feature in the first two games. Looking at Rizwan’s form, it is almost certain that Sarfaraz will be benched for the third T20I as well 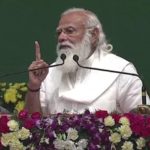