Pakistan Cricket Board (PCB) has announced the central contract list for the Men’s cricketers for the 2021-22 season. As many as 20 cricketers have been awarded with a contract with Hasan Ali and Mohammad Rizwan promoted to Category A. Interestingly, Hasan Ali wasn’t even in the contract list last season due to the injury concerns but his stellar performances and a busy season has led to him getting promoted.

Rizwan, on the other hand, has got the reward for his exceptional and consistent performances across formats. Faheem Ashraf, Fawad Alam, Mohammad Nawaz and Nauman Ali have all been awarded central contracts recognising their efforts in the 2020-21 season. Haris Rauf and Mohammad Hasnain have been promoted to Category C after they were included in emerging players category last year.

This time around, Imran Butt, Shahnawaz Dahani and Usman Qadir have been placed in the Emerging category. On the other hand, Asad Shafiq, Haider Ali, Haris Sohail, Iftikhar Ahmed, Imad Wasim, Mohammad Abbas, Naseem Shah, Shan Masood and Usman Shinwari have all missed out. However, they continue to remain in the plans and will be considered for selection based on their performances.

Each category has also got the increment by 25 percent while the match fees in all categories except ‘A’ have also been increased. “Selecting 20 players amongst a big pool of quality cricketers is always a challenging task. I would like to thank the panel for their diligent work in selecting the 2021-22 central contract list against an agreed criteria,” PCB Chief Executive Wasim Khan said in a media release. The 12-month contract tenure will run from July 1, 2021 to June 30, 2022. 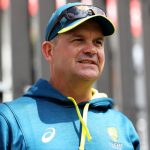 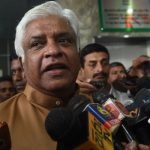