England have evolved their game as a One-Day team but their performance in Tests has gone down considerably. One of the major reasons for their inconsistent show in whites is their fragile batting. The likes of Jonny Bairstow, Jos Buttler, Moeen Ali, whose techniques are more suited to shorter versions of the game, form the core of their batting while the opening is also not settled. The entire load comes on skipper Joe Root but individual performances cannot win England every game.

The same vulnerability in the batting has put them on the verge of losing their first Test series against India at home since 2007. In the fourth Test, England were all-out for 210, losing the match by 157 runs. Former England captain Geoffrey Boycott slammed the team’s batting and said Australian bowlers will be keen to bowl against this shaky England batting.

“Put bluntly, England are not good enough. When England win, you feel Joe has to bat exceptionally well to give us a chance. But to be a top team you can’t be a one-man band. Other guys have to stand up and do the business. Most England cricket supporters sit on the edge of their seats when we are batting wondering how the hell are we going to play. They don’t have confidence in our batsmen,” he said.

“The Australians will have watched the footage from the Oval. Pat Cummins and Josh Hazlewood will be queuing up to bowl at us,” Boycott wrote in his column for The Telegraph.

Having lost the Lord’s and Oval Test, England face a must-win situation at Old Trafford. They need to register a win to level the series. A draw or loss will see them losing two back series against India. England lost 3-1 to India when they toured the country earlier this year. 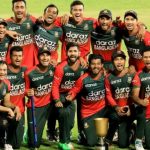 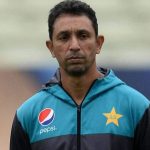