Pakistan fans had anticipated their team to be in the finals of the 20-20 World Cup. Australia though had other ideas and were determined to ruin the Babar Azam-led team’s plans. Chasing a daunting target of 176, Australia got home with five wickets and six balls to spare.

Pakistan, who had been unbeaten in the tournament, had floundered. Till the semis, Pakistan were outstanding with the ball and sharp in the field. However, they couldn’t quite match the standards they set in the league stage.

Shaheen Shah Afridi, who had been exceptional till the penultimate over got smacked by Matthew Wade. In the end, a few overs ruined Pakistan’s plans of reaching the second finals of the showpiece event. Pakistani fans turned out in large numbers to support the team in Dubai but they had to endure disappointment in the end.

Before the loss to Australia, the Pakistani fans were all over Twitter and trolled Indian fans on their team’s exit from the 20-20 World Cup.

Pakistan’s five-match winning streak gave its fans hope that this might be the year when the team bags another title at the global stage. Alas, that dream remained unfulfilled. Wade and Marcus Stoinis put on a stand worth 81 runs and finished the match in a canter. Australia will now face New Zealand in the summit clash on Sunday (November 14) at the Dubai International Stadium.

Meanwhile, Pakistani fans were not sparred by their rivals’ Indian fans on Twitter. A series of hilarious memes were shared to describe the mood in Pakistan. 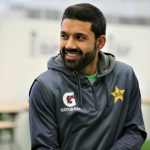