Pakistan will travel to Bangladesh for an all-format series right after the culmination of the ICC T20 World Cup 2021. The announcement was confirmed by Nizamuddin Chowdhury Bangladesh Cricket Board (BCB) chief executive on Tuesday (14 September). The T20 World Cup is set to begin from October 17 to November 14.

As expected, Pakistan is scheduled to depart from the UAE on November 15. As of now, the announcement revealed that the two teams will play Tests more than ODIs. The series also sees Pakistan touring Bangladesh after 2015 playing all three formats as well.

Bangladesh, as well as Pakistan, have majorly played the shortest format this year owing to the scheduled T20 World Cup. But since the Bangladesh-Pakistan series will be played after the global event the boards are keen to focus on the other two formats as well.

Discussions for the same have begun and the boards are considering all the combinations and permutations before finalizing the matches during the series.

“The Pakistan series will happen right after the [T20] World Cup. The cricket operations department is in talks with the Pakistan board to finalize the details. All formats will be included, there will be more ODIs and Tests,” the BCB CEO said according to Cricket Pakistan.

The two Tests will likely be part of the new World Test Championship (WTC) cycle. While Pakistan have begun their WTC cycle, Bangladesh is yet to begin this year’s account. Speaking about the last series in 2015, Bangladesh had a good outing as they whitewashed hosts 3-0 in the ODIs and managed to win the sole T20I.

If reports are anything to go by, then the teams will play three ODIs, three T20Is, and two Tests. 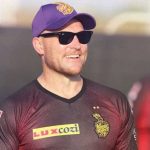 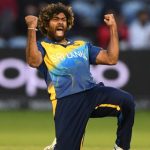