Zahid Mahmood has been part of the Test squad against Zimbabwe and now has been added to the T20I squad as well. He was one of the seven additional players who joined the national camp before the team embarked for the South Africa series and was then picked in the Test squad.

Zahid has played only one T20I so far in his career having made his international debut against South Africa at home earlier this year. He picked up three wickets on his debut and will be hoping to add more to his tally in Zimbabwe.

Meanwhile, PCB has told Fakhar Zaman to stay with the T20I squad for the matches against South Africa and Zimbabwe. The southpaw has shown amazing form in the three-match ODI series smashing 302 runs with two centuries. His 193 was one-of-a-kind innings that almost won the match for Pakistan in a mammoth chase.

He then followed it up with a 101-run knock in the deciding ODI in Centurion. Fakhar will be hoping to continue his great form in the upcoming matches as well. Interestingly, the southpaw had scored the double century against Zimbabwe itself and one wouldn’t be surprised if Fakhar does well against them in T20Is. 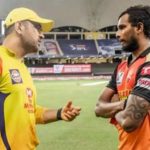