With just about a month to go for the T20 World Cup, Pakistan have been dealt with a massive blow as head coach Misbah ul Haq and bowling coach Waqar Younis have resigned from their respective roles. The move comes days after former cricketer Ramiz raja was appointed as the new chairman of the board. Ramiz Raja on his YouTube channel has often said that Waqar and Misbah are not the best coaches for Pakistan.

Meanwhile, Saqlain Mushtaq and Abdul Razzaq will take over as interim coaches for the time being.

“Both Saqlain and Razzaq are ready to step-up and are very much looking forward to making important contributions in their coaching roles against New Zealand.”

Misbah said he is stepping down as he has been away from his family for a long time. Meanwhile, Waqar said Misbah informed him about his plans and he had no hesitations in following the same route as both walked into respective roles together. Misbah and Waqar took over the responsibilities in September 2019 and had a year left in their contract.

“The quarantine in Jamaica post the West Indies series provided me with an opportunity to reflect on the past 24 months as well as the schedule for international cricket ahead. Considering that I would have had to continue to spend considerable time away from my family and that too in a bio-secure environment, I have decided to step down from the role. I understand that the timing may not be ideal but I don’t think I am in the right frame of mind for the upcoming challenges and it makes sense for someone fresh to step in and take the side forward,” said Misbah. 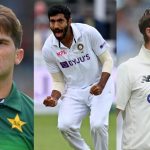 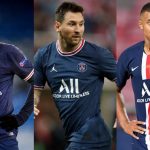