Pakistan and Australia are currently battling out in a historic Test in Rawalpindi. The Test is Australia’s first in the country after 24 years. The tour is being seen as a gateway to bring international cricket back to Pakistan. Over the years, teams have refrained from vising the country due to security issues. Last year, New Zealand and England cancelled their tours citing security issues. However, Australia fulfilled their promise and agreed to play a full series in Pakistan.

The first Test between the two teams is being played in Rawalpindi now. However, there is some bad news coming their way as a bomb blast, around 170 KM away from Rawalpindi, in Peshawar, have left the fate of the series in jeopardy.

As of now, there is no update from the boards about any changes to the series. However, the security agencies from Australia won’t take this lightly. Meanwhile, the Pakistan cricket board and government have promised foolproof security to the Australian team. They have deployed hundreds of security personnel. Even Pat Cummins had said that he is satisfied with the security arrangements and is feeling safe in Pakistan.

Meanwhile, Pakistan won the toss and opted to bat in the match. The team got off to a good start and added 105 runs for the first wicket before Abdullah Shafique was dismissed for 44. Since then the partnership between Imam ul Haq and Azhar Ali is blooming. Pakistan are 184-1 at the time of writing with Imam ul Haq at 96.

Hearing about a massive bomb blast in Peshawar with at least 30 people dead. It is 170kms away from where the Australian team is taking on Pakistan in their first tour in 24 years.#PAKvAUS 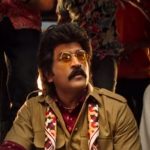