The Indian team is currently playing in the three-match T20I series against Australia. Both teams have played one match of the series and India lost to the visitors by four wickets and currently trailing in the series by 0-1. Apart from that, the Indian team also had a poor outing in the Asia Cup 2022. They were knocked out of the tournament after losing two consecutive matches in the super-4 round against Pakistan and then Sri Lanka.

Following these failures of team India, coach Rahul Dravid and captain Rohit Sharma’s decisions are under scrutiny. Many experts and cricket fans have questioned their tendency of doing unnecessary experiments.

In the same sequence, an Indian sports journalist went to the next extent while analyzing Dravid’s coaching tactics. The journo compared him to India’s former head coach Greg Chappell under whom India played the ODI World Cup of 2007. Notably, Chappell’s tenure is still remembered as the most controversial phase of the Indian cricket team.

Although, the comments from Journalist on Rahul Dravid didn’t go down well with the Indian cricket fans and they lashed out at the journalist. Fans took to Twitter for recalling the achievements of the Indian U-19 team under the coaching of Rahul Dravid.

Under his guidance U19 team flourished and achieved milestones n similar thing being expected. He's been doing well, be it bilateral series in overseas or in India as well if we don't raise qsn on Asia Cup. Blatant hate and running agenda against him shows how appalling prsn u r.

You are a respectable man dear!! Such statements doesn't make sense at least from you!! Agree that he is mild in his approach but surely not as a genuine cricketer who always kept team ahead of personal milestones. Deserve accolades than brickbats

It’s a very unfair comparison. I don’t see what is happening today anything as Greg Chappell did.

paid journalist and so called analyst…I hope paise ache mil rhe ho😂😂😂 I can understand the frustration as Rahul sir doesn't give any interviews to you guys..

Speaking of India’s performance in the ongoing three-match T20I series against Australia, then they fell short in the bowling department. Batting first, the men in blue posted a very decent and big total of 208 runs for the loss of six wickets in the allotted 20 overs. Star all-rounder Hardik Pandya played a blistering knock of 71 runs off just 30 balls.

But later on, while defending the target, Indian bowlers failed drastically in holding their nerves in the death overs. Eventually, the visitors crossed the line in 19.2 overs for the loss of six wickets and scored 211 runs to gain a lead of 1-0 in the series 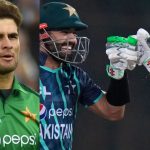