Things are not going Afghanistan’s way for the past two months or so. It all started with the Taliban sweeping to power in August, which subsequently led to their series against Pakistan being cancelled. There were speculations that the Taliban will not allow Afghanistan to play cricket but the new rulers assured that cricket in the country will go ahead without interruptions. However,  they were not in favour of women playing cricket after which Cricket Australia (CA) took a stern stance and said they won’t host Afghanistan for the historic Test in November.

Meanwhile, the national cricket team was hit by another setback when skipper Rashid Khan stepped down from captaincy just before the start of the ICC T2O World Cup. This shocking decision by the star player came after the Afghanistan Cricket Board (ACB) announced its 18-men personnel for the showpiece event. If reports are to be believed, Rashid was not happy with Taliban-appointed ACB chief Azizullah Fazli’s thought process of picking a few unfit and indisciplined players for the T20 World Cup.

A report in Cricbuzz confirms that Fazli didn’t follow certain parameters before announcing the squad and instead focused on certain individuals while picking an 18-member team.

“He [Rashid] was not happy with the squad because too many old guys have been picked. When he saw the squad, he was angry and he stepped down,” said an ACB spokesperson.

Considering how fast-paced the T20 format is, Rashid expected that players who are fit and agile should have been selected rather than unfit ones, which Fazli choose to go with.

“Our acting chairman did all things forcefully. Rashid was angry that why selection criteria of fitness, performance, and discipline were not considered.”

Rashid took to Twitter to express his disappointment and wrote that how ACB officials did not take his consent before naming the squad.

“As the captain and responsible person for the nation, I deserve the right to be part of the selection of the team. The selection committee and ACB has not obtained my consent for the team which has been announced by ACB media. I am taking the decision of stepping down from the role as captain of the Afghanistan T20 side effective immediately,” Rashid said.

All-rounder Mohammad Nabi has been announced as the skipper for Afghanistan during the T20 World Cup. 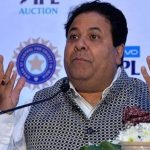 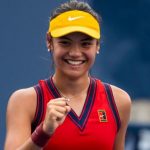