Sachin Tendulkar donned the India jersey for more than two decades. He owns several records, especially related to batting and one of them is scoring a whopping 100 centuries in international cricket. It isn’t a joke by any means as some players struggle to score even 10 tons in their entire career and this superman from India managed to do it 100 times.

And on this very day in 2012, Sachin Tendulkar finally crossed the elusive, record-breaking mark during the Asia Cup against Bangladesh at the Shere Bangla National Stadium in Dhaka. Opening the innings after being put in to bat, Sachin held the line-up together after an early dismissal of Gautam Gambhir and made sure India posted a competitive total on the board.

He first added 148 runs with Virat Kohli for second wicket and then 86 runs with Suresh Raina to provide solidity to the innings. In the process, Master Blaster played a brilliant knock leaving the fans and crowd thrilled. The pitch was certainly not an easy one to bat on in the afternoon and that led to Sachin scoring runs slowly.

Rather there was also some pressure on him to get to the 100th ton which hadn’t come for him in over a year. Eventually, he got to the historic mark adding yet another feather to his cap. The master scored 114 runs off 147 balls with 12 fours and a six to his name before getting out in the 47th over.

India posted 289 runs on the board in 50 overs. Unfortunately, the score wasn’t enough on the day as the pitch only got better to bat on. A collective effort from Bangladesh batsmen helped them chase down the target in the last over of the innings with five wickets in hand.

Nevertheless, the game is still remembered for Sachin Tendulkar’s 100th international ton to which only Virat Kohli is close among current players. 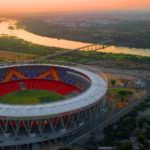 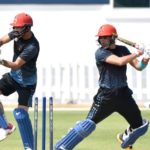