Prithvi Shaw and Shikhar Dhawan opened the innings for the first time in international cricket on Sunday in the first ODI against Sri Lanka. The duo added 58 runs in just 5.3 overs and got the team off to a scintillating start in the 263-run chase. However, it didn’t seem they were batting together for the first time thanks to the Indian Premier League (IPL) where they play for the Delhi Capitals.

Shaw and Dhawan have been opening for the franchise over the last couple of seasons and have done exceedingly well. Talking about the same, Shaw stressed that the IPL experience has helped their bond grow stronger on and off the field.

“Shikhar Dhawan and I open together for Delhi Capitals. Although we were good friends before Delhi Capitals, but opening together has made our bond stronger. Off the field, we used to spend a lot of time together, whether it was having dinner together or chilling in his room,” Shaw said according to India Today.

“We used to talk a lot and our bond was visible on the wicket (during the game). Whether it was off the field or between the overs, we used to talk a lot. I thoroughly enjoy practicing with him,” he added. Prithvi Shaw won the Man of the Match award for setting up the chase with his 43 off 24 balls. Talking about the same, the youngster cleared that he wants to win the series for India and wants to grab the opportunity to play for the country.

“When I play for India or any other team, I always put the team forward. So, obviously, I want to go there and win the series for India. If you ask me personally, I want to grab this opportunity, because I have got an opportunity after a long time,” Shaw added. 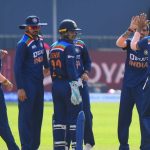 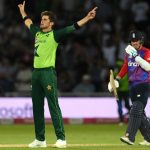