Day 16 of the ongoing Oman D20 League saw Darsait Titans and Ruwi Rangers post thumping victories over Ghubrah Giants and Quram Thunders respectively. Rangers are now placed first on the points table while Titans are placed fourth with eight points. The teams have now solidified their position at the top and are looking poised to make it to the semifinals.

The first match of the day saw Titans cruising to an eight-wicket win over Giants. Chasing a low target of 133, the Titans batters came out all guns blazing and finished the chase off in just 11.1 overs. Opening batter Khawar Ali’s unbeaten 86 off just 40 balls was the cornerstone of this thumping victory. He was aggressive from the word go and put Giants bowlers to the sword. The Giants captain used as many as eight bowlers, but none failed to get the wicket of Ali.

The Giants batters also could not get going. Barring Imran Latif, who scored 32, the other batters failed to have any sort of momentum in the innings. The Giants’ huge loss has affected their net run rate. They are currently placed third on the points table but a negative -0.423 net run rate might come back to haunt them in the business end of the competition.

The second match of the day saw Rangers beat Thunders by four wickets. It was a far more competitive game than the Titans vs Giants game. Batting first, the Thunders posted a challenging score of 165. Jatinder Singh and Ayan Khan contributed by scoring 56 and 59 respectively.

However, the Rangers batters kept chipping away with the runs. All of their batters managed to get  starts and it was a collective effort that got the team over the line with just three balls to spare. 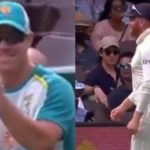