India and New Zealand will face each other in the final of the World Test Championship (WTC) at the Ageas Bowl in Southampton from June 18 to June 22. The neutral venue means that the conditions won’t be an advantage or disadvantage to any team. However, Australia’s decorated speedster Pat Cummins believes that New Zealand will have an edge over India as they will be able to adapt to the English conditions better.

In a live Q & A session on his YouTube channel, Pat Cummins detailed his opinion about the WTC final saying that it will be a cracking affair. Cummins is of the view that conditions will suit New Zealand more as they are used to playing in the chilly atmosphere and have similar pitches back home.

“It will be a good match. There has been a lot of rain in England and from the conditions point of view, it is closer to New Zealand’s. It is going to be interesting as both teams haven’t played a Test match for a couple of months. It is a one-off so anything can happen. But the conditions would suit New Zealand more than India,” Pat Cummins opined.

Further in the interaction, Cummins also opened up on the heated debate surrounding the Indian pitches. Earlier in the year, India hosted England for a four-match Test series. However, the hosts were subjected to a lot of criticism as many English veterans labelled the Indian pitches as dustbowls.

When asked about the same, the speedster reckoned that instead of complaining, the fast bowlers should try to adapt to the pitches.

“My opinion is probably different to that of a lot of batsmen around the world. Sometimes they are spin-friendly but otherwise, they are pretty flat. There is not as much pace and bounce as you might find in Australia or South Africa or as much seam and swing as in England. But it is a challenge and you need to adjust to that. Your role may be that of keeping the runs per over as low as possible,” Pat Cummins asserted. 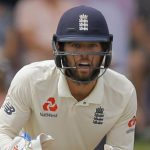 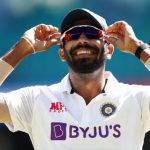