Bangladesh tour of New Zealand is set to go ahead as planned after the entire squad returned negative results. New Zealand government had asked the visiting players to go into an extended quarantine until December 20 after their bowling consultant for the tour, Rangana Herath had tested positive for COVID-19.

Moreover, a few more members of the touring party were identified as his close contacts and were sent into a managed isolation. Bangladesh Cricket Board (BCB) had then expressed concerns over the extended quarantine period while it was also stated that they would think of postponing the series due to lack of preparation time if the isolation period for the rest of the squad is extended beyond December 21.

But all doubts over tour getting cancelled have been diminished now as the entire contingent has tested negative. “We have completed the last corona test yesterday and today the result came out… all of us returned negative,” team director Khaled Mahmud said on Monday according to Cricbuzz.

“We can come out from here (Managed Isolation and Quarantine centre) tomorrow and start our practice from the morning at the Lincoln University Ground where we will also get the gym facilities. After completing the practice, we will move to our team hotel and do all the normal activities,” he added.

Meanwhile, Herath will not be able to join the team on December 21 as he is yet to get the clearance from the health department of New Zealand. But an official cleared that he will soon join the team after returning negative for COVID-19.

The first Test is set to be played at the Bay Oval in Tauranga from January 1 while the second and final Test of the series will take place from January 9. 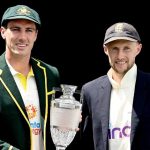