New Zealand Cricket (NZC) decision to abandon Pakistan tour due to security concerns dented their relations with Pakistan Cricket Board (PCB). There have been a lot of angry remarks made against New Zealand by PCB chairman Ramiz Raja and several former Pakistan cricketers, who felt New Zealand let them down. Many even deemed their match against New Zealand in the T20 World Cup more important than of India’s. New Zealand coach Gary Stead has reacted to the outrage and said the decision to pull out of the series was out of their hands. “That decision was out of our hands,” Stead was quoted as saying by stuff.co.nz.

Stead said players were disappointed after what transpired in Pakistan but added there was nothing they could do. “I think they’re okay. It was obviously unsettling and disappointing what happened in Pakistan and we certainly feel for the Pakistan cricket fraternity and fans,” he said

While as many as nine Kiwis are participating in the second leg of the Indian Premier League (IPL), others have started training under batting coach Thilan Samaraweera in Dubai. The NZ coach said the IPL will be a great preparation for the players ahead of the World Cup. “Guys are now in Dubai and getting ready, and there’s the IPL that they can have a good look at, which in many ways is good preparation for them as well,” Stead added.

Post the cancellation of the series, PCB Chairman Ramiz Raja had said the only way to take revenge for the humiliation is to beat New Zealand in the World Cup. “We had one team in our target, our neighbours (India), now add two more teams, New Zealand and England,” Raja had said.

However, Stead said they will treat the game against Pakistan as any other game in the tournament. “Certainly, being that it’s Pakistan, people will hype that up, but for us it’s no different to any other match we play against them,” Stead said.

New Zealand are clubbed together with India, Pakistan, Afghanistan and two qualifier teams in Group B. The Kiwis will play two warm-up matches against Australia and England on October 18 and 20 respectively before they open their campaign on October 27 against Pakistan. 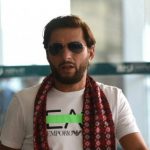