It’s been a strange year and a half for Alex Carey. After impressing in the 2019 Cricket World Cup, Carey became one of the prominent members of the Australian ODI team. He also bagged a contract in the 2020 edition of the Indian Premier League and was also named in Australia’s Test side for the tour to South Africa. Everything was falling in his place but a series of poor performance led to his ouster from the Australian T20 squad. And then, he went unsold in the 2021 IPL as well.

Carey, however, believes that not getting picked in the IPL can be a blessing in disguise for him. It will allow him to play first-class cricket and make a case for a place in the Australia Test squad.

“No IPL this year which is probably good and bad, so I’m looking forward to spending some time at home with the family,” Carey told cricket.com.au.

“I don’t … look too far ahead, that (next Test opportunity) is probably next summer, so I guess for now it’s these two (remaining Shield) and then see what happens in the winter. I haven’t really got my winter mapped out yet, I’ll probably take a bit of time off.”

The IPL will be played between 9th March and 30th May and Carey will be free during this time and might go on and play county cricket which will help him furnish his skills in red-ball cricket.

“(But county cricket) is something to consider at the moment, I’ll speak to my wife (Eloise) and to a few guys once they get over there to see what it looks like in England with the (COVID) situation. Its certainly something at looking at, to play more cricket over there in first-class conditions.”

Carey was also disappointed that Australia tour of South Africa was cancelled. He said that since it was his first Test tour, he was really excited about the same.

“I was really excited, and then disappointed the tour was cancelled. Not the fact that it shouldn’t have been cancelled, but more because it was my first Test tour and it would have been a great experience to get over there and be around that Test group.

“I’ve never sat in a Test change-room before, so I was excited to do that and to be around some world-class cricketers at the highest level. I suppose it is (the best form of career to date), if you go back over the last maybe 15 first-class games.

“If anything I’m probably disappointed I didn’t make a bigger score today and bat longer, but at the moment I feel confident and I guess my numbers are starting to show that over the past 18 to 24 mo 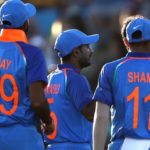 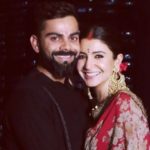