The Shikhar Dhawan led India will cross swords with Sri Lanka without any match practice. According to reports, the Indian team will not play any practice match ahead of the tour opener after being denied permission to play against Sri Lanka A or any local side due to COVID-19 protocols. The players will now have to rely on intra squads matches to get themselves into the groove. The series, which is set to kick off on July 13, will see several young and upcoming talents along with fringe seniors making a case for themselves for the main team.

“The Indians wanted to play some warm-up games against the A team or a team that could be arranged, but the COVID-19 protocols made that a little difficult and that is when a request went to BCCI to play intra-squad games. So, the Indian team will now play one T20 game and two one-day games to prepare for the limited-overs series,” a report in Sportskeeda quoted.

Meanwhile, the players will follow the same routine as the main team in England and will go through a week of hard quarantine and staggered gym sessions.

“All the rules will be same like we followed in England. The outstation players came by charter flight and some flew business class of a commercial airline. They will do seven days of room quarantine and then can meet in common areas inside the bio-bubble. The players will do gym sessions in a staggered manner,” a BCCI source privy to the development told PTI on conditions of anonymity.

The players have assembled in Mumbai and will undergo quarantine and COVID-19 testing before departing for Sri Lanka. The ODI series will get underway on July 13, with the remaining two matches to be played on 16 July and 18 July respectively. The T20Is will be played on July 21, 23 and 25. All matches are set to be played at the R Premadasa Stadium in Colombo. 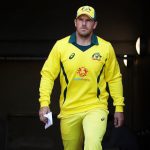 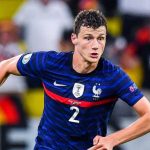