Former Australia spinner Shane Warne has said the current Australia Test side has plenty of loopholes, and unlike the teams of the past, does not give shivers to the visiting teams. Australia are set to host England in the Ashes starting December 8. Warne added that England have not tasted a lot of success against Australia in the country but he expects Joe Root’s men to be competitive in the series.

Warne further highlighted the issues in the team saying they do not have a settled opening pair and also pointed out at Mitchell Starc’s poor form. He also questioned Tim Paine’s tactical blunders in the last few years.

Warne also raised concerns about the lean run of David Warner. The southpaw is going through a dry patch. He didn’t score much in the home series against India and had a pretty horrible Indian Premier League. He has looked ordinary in the 20-20 World Cup as well. Warne also opined that Australia lack depth in the batting owing to the inexperience, and the poor form of Tim Paine.

“But apart from that, we’ve got (David) Warner not making a run. Who’s he going to open with? (Marnus) Labuschagne and (Steve) Smith at three and four, but who’s going to bat (at) five? (Cameron) Green is still a young player that looks pretty good. Paine, he’s had a shocker the last couple of years as captain, tactically he’s been very poor, lost the last two series and can’t make a run.

“Our side’s not as great, this ‘almighty Australia’.

“But here’s the big thing: No one fears Australia anymore. Coming to Australia, everyone used to go ‘oh we’re going to have to be at our best to even compete’. Now they just believe they can beat Australia – every side.”

Warne said that even though England’s batting looks shaky, Australia cannot be complacent and take England lightly, adding that players like Ben Stokes, Jos Buttler can turn the game on their heads.

“I look at England and I think their batting looks really weak. But Ben Stokes, Joe Root, Jonny Bairstow, (Jos) Buttler has this form and suddenly they’re looking pretty good,” he said.

“Their bowlers, (Jimmy) Anderson and (Stuart) Broad haven’t done that well here in Australia, but they’ll bowl well enough. It’s who’s going to be with them … What spinner? Jack Leach with the old Kookaburra ball?

Warne though backed Australia to win the series. “I can see England being competitive in a few tests – maybe the Adelaide Test where it’s going to swing with the pink ball, so I think they’re a threat there. (But) I don’t think their spin’s a threat at all,” Waugh told Fox Cricket.
“Australia should win. 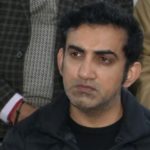 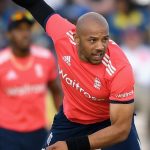