Pakistan is experiencing a dream ride in the international circuit as they emerged victorious across all formats while touring South Africa and Zimbabwe. In April, Men in Green thrashed South Africa in a three-match ODI and four-match T20I series by 2-1 and 3-1 respectively. The same was followed by Pakistan scripting a 2-1 and 2-0 victory in the T20I and Test series respectively against Zimbabwe.

During the two long tours, Pakistan played a lot of new players as they experimented with their team combination. However, Pakistan’s head coach Misbah-ul-Haq has now confirmed that the team will not be making any more changes now as their prime focus will be to play a settled team against England followed by the ICC T20 World Cup, scheduled later this year. Pakistan will be travelling to England in July for a three-match ODI and three-match T20I series.

“No more experiments with the team. It’s time to get serious and go along with the cricketers for a tough series who have a realistic chance of playing for the country. England series is tough and also the other series coming up including T20 World Cup. The focus will be on finding the best playing XI in each match,” Misbah said in a virtual press conference.

Further in the interaction, Misbah also opined on the accusations made by some people that Pakistan can only win against weak oppositions. Speaking about the same, the head coach reckoned, “South Africa did miss their key players but they were playing at home. Also, their replacements were able performers. It’s unfortunate that we couldn’t face their best side but in their own conditions, they were a strong side. You can only look after your own performances. It’s not our fault if the opposition isn’t at full strength,” said Misbah-ul-Haq. 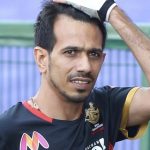