India opening batter Rohit Sharma on Tuesday (November 9) was appointed as the team’s captain for the upcoming three-match T20I series against New Zealand starting on November 17. The 20-20 World Cup was Virat Kohli’s last assignment as India skipper in T20Is and with India’s exit, his term came to an end.

Rohit Sharma was widely tipped to take over the leadership reins from Kohli due to his vast amount of experience of leading Mumbai Indians in the Indian Premier League (IPL). He has also led India in 19 T20Is, winning 15 matches with a win percentage of 78.94%. With BCCI confirming Rohit Sharma’s appointment as skipper for the New Zealand series, the fans could not contain the excitement. They flooded Twitter to congratulate the new captain.

Here are a few reactions from the fans:

The New Zealand series will also welcome Rahul Dravid as the new head coach of the team. He will take over from Ravi Shastri and try to carry forward the success India achieved under Shastri’s coaching. After the three T20Is, India will also play two Tests against New Zealand. The BCCI are yet to make an official announcement for the Test squad.

India’s squad for the T20I series 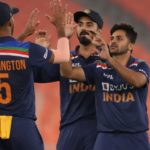 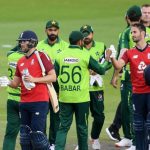