India and New Zealand will cross swords in a mouth-watering finale for the World Test Championship in Southampton. While several experts have given New Zealand a slight edge as they would have already played a couple of Test matches against England before going into the final clash and will be better acclimatize to the conditions, Indian legend Sunil Gavaskar believes that team India need not to worry as if New Zealand face defeat in the series, their morale could be low for the final which could work in India’s favour. He also added that injuries could affect New Zealand’s preparations.

“The pessimists are suggesting that playing two Tests before the WTC finals will be a huge plus for the Kiwis as they will be match ready and better acclimatized to the conditions. The flip side of playing those two Tests is that New Zealand could get beaten and thus be low on morale when they take on India and there could be some injuries and niggles to some of their key players which can happen in early June in England,” Gavaskar wrote in his column in The Telegraph.

India haven’t played a lot of cricket in the last month thus Gavaskar believes that Indian players will be brimming with energy and that would make up for the lost match practice.

“The other factor that will work in the Indian team’s favor is that they will be fresh and raring to go and that sheer energy and enthusiasm to be able to play the sport they love after a month’s gap will more than make up for any lack of match practice,” the Indian legend added.

Gavaskar further lauded team India for their character and added that they booked their berth in the final after overcoming several hurdles. Hence, any adversity will be seen as an opportunity by the players.

“This is a team that has tasted success and that too in adverse circumstances, so any adversity will be looked upon as an opportunity to show they have the gumption to rise above it and conquer it,” the 71-year-old added.

Despite battling injuries, a second-string Indian side defeated a full-strength Australia in their home den followed by a crushing 3-1 win over England at home to qualify for the World Test Championship final. 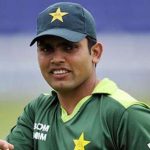 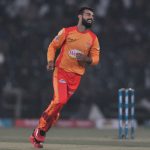