New Zealand cricket team arrived in Dhaka to take part in the five-match T20I series starting September 1. The 22 member contingent, including 13 players landed at the Hazrat Shahjalal International airport before being moved to Hotel Intercontinental, where the players will serve a mandatory three-day quarantine.

Notably, two members of the New Zealand team – Finn Allen and Colin de Grandhomme, who were participating in The Hundred arrived in the country on August 20 and are serving their quarantine period. The Bangladesh team too will start their isolation from today.

The visitors will be without some of their regulars thus it will be a massive challenge for them to beat the hosts, who are flying high after a crushing 4-1 win over Australia recently. This will be New Zealand’s first tour to Bangladesh since 2013 where the Tigers upstaged the Kiwis in the three-match ODI series. However, the hosts have not tasted victory against New Zealand in T20Is.

The series will commence on September 1, with the matches to follow on September 3, 5, 8, and 10. All matches will be played at the Shere Bangla National Stadium in Dhaka.

Bangladesh were slammed for creating poor wickets against Australia, which saw the teams struggling to reach a score of even 130. Star all-rounder Shakib Al Hasan thus has called for better wickets against New Zealand which he believes will help Bangladesh prepare for the T20 World Cup.

“Wherever T20s are played, they are usually played on good pitches. Maybe it would benefit us more (preparation-wise for ICCWT20) if we could play on a better wicket against New Zealand,” Shakib was quoted as saying in Cricbuzz.

“It is up to the team management to decide on what type of wicket they want to play before going there. Whatever it is, we have to adapt. Since the game is in our country, there is no chance to make excuses,” he said. 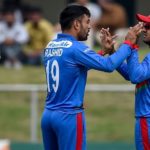 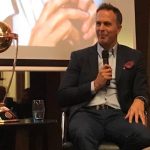