New Zealand cricket have announced their 13 member squad for the 5 match T-20I series against Australia, slated to get underway on February 22. The kiwis will be lead by their regular skipper, Kane Williamson. Martin Guptill, who was struggling with a hamstring injury has also been named in the squad. However, in case Guptill doesn’t regain his full fitness, Finn Allen, who was in top in the recently concluded Super Smash, will replace him.

“Martin’s our incumbent opener and our highest T20 International run-scorer, so we’re backing him to do the job at the top of the order. He will need to prove his fitness, and it’s good to know we have a ready replacement in Finn on standby.”

Tim Seifert had a fantastic series against Pakistan, scoring 176 in the three matches. He will be New Zealand’s primary wicketkeeper. Devon Conway, Glenn Phillips will be the two main pillars of the New Zealand batting. The Kiwi’s have gone with their best possible attack and included their ace bowlers, Tim Southee and Trent Boult in their squad. Kyle Jamieson, who’s been in red hot form with the ball is also on the roaster. Mitchell Santner and Ish Sodhi will be two lead spinners.

Beating this New Zealand team would be a massive challenge for Australia who will be without the services of their key players like David Warner, Steve Smith, Pat Cummins and Mitchell Starc. 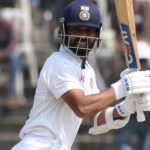