New Zealand captain Kane Williamson along with several other senior players won’t be part of Zealand’s upcoming tours of Bangladesh and Pakistan. With a hectic schedule ahead, which also includes a T20 World Cup, New Zealand doesn’t want to burn out their players before the showpiece event. Most of the players will also take part in the second leg of Indian Premier League (IPL) thus the board decided to give the senior players a breather before they look to claim their second world title this year.

“The need to safeguard the well-being of our players and support staff is now very real, and we’ve endeavoured to do this by carefully managing their workloads over this (year’s) massive playing programme,” White said.

Tom Latham will lead New Zealand on Bangladesh and Pakistan tours before Kane Williamson links up with the team for the T20 World CUP that gets underway on October 17.

Veteran Ross Taylor was earlier selected for the Pakistan ODIs but due to the stern quarantine protocols, it was decided he will stay in New Zealand to prepare for the Test series against India, the squad of which will be announced next month. 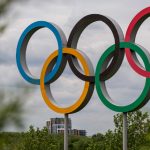