New Zealand have named a second-string squad to take on Bangladesh at home in a three-match T20I series starting on 28th March 2021. Several big names, including the likes of Kane Williamson, Kyle Jamieson, Trent Boult, Mitchell Santner and Jimmy Neesham will not be featuring in the T20I series.

New Zealand have provided maiden call-ups to Will Young and Finn Allen for the T20I series. Also, the likes of Adam Milne and Lockie Ferguson have returned to the squad after recovering from injuries. In fact, New Zealand selector Gavin Larsen sounded excited about Finn getting his first taste of the Kiwi environment.

“It’s especially an exciting time for Finn, who will be getting his first taste of the Black Caps environment. His Super Smash campaign with the Firebirds was nothing short of outstanding and we believe he has the skills to succeed at the next level,” said Larsen as quoted by Cricbuzz.

It has also been revealed that veteran pacer Tim Southee will don the skipper’s hat for the series against Bangladesh and Devon Conway will be incharge of the wicket keeping duties. The three T20Is will be played on 28th March, 30th March and 1st April respectively. New Zealand will look to test their bench strength in this series, to prepare themselves for the high profile T20 World Cup that will be held in India later this year. 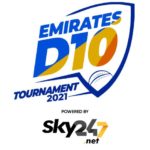 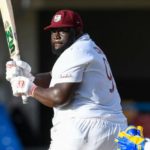