While almost every cricket board owns a franchise cricket league, one that stands out among all has to be the Indian Premier League(IPL). First played in 2008, IPL is a well established entity at the global stage. From offering lucrative contracts to bagging whopping sponsorship deals, IPL dwarfs other T20 leagues in every aspect.

Pakistan Cricket Board (PCB) CEO Wasim Khan admitted that Pakistan Super League(PSL) will take some time to match the standards of IPL, adding that attracting more international stars will help the PSL go a long way. Wasim Khan sat down in an interview with Cricket Pakistan and spoke about comparisons between the two leagues.

“Our target is to develop the ecosystem and the economy of PSL so that we can spend extra on players. We will only be able to do that once we see franchises making profits. Only then can we encourage them to start spending more money on the players themselves. It isn’t a long process and we are developing it every year. But the calibre of players is crucial too, and it is important we attract players like AB de Villiers who play in the IPL to the PSL,” Khan claimed.

While PSL has managed to attract few T20 specialists, it is not on the priority list of some of the more prominent names including the likes of AB de Villiers, Ben Stokes, Jos Buttler etc. Khan revealed that the million dollars contracts help IPL to attract big names, admitting that it may take some time for the PSL to match IPL.

“We have developed the PSL brand over the last few years. Since starting in 2016, it has developed consistently each year. We are trying to grow it further, but if you compare it to the IPL, you will see they are paying players 2-3 million dollars to their high-level players. If you hand out these amounts, you will surely attract the high-level players,” Khan explained.

The second leg of the PSL is all set to resume from June 9 with Lahore Qalandars taking on Islamabad United in the 15th match. 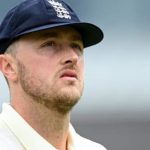 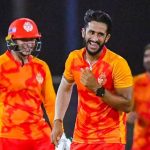