Citing the example of how he got Indian batting maestro Sachin Tendulkar stumped, former English skipper Nasser Hussain has advised the England bowlers to keep a check on the run rate if they want to succeed in India.

Writing for his column in Daily Mail, Nasser Hussian talked about the strategy that helped England dismiss Tendulkar stumped off the bowling of Ashley Giles.

“When we got to Bangalore it was clear 90 per cent of the pitch was flat, but outside the right-hander’s leg stump there was a bit of rough, and it was spinning out of there. So I looked at Tendulkar and thought, ‘Where would they prefer Ashley to bowl? The bit where it isn’t spinning or the bit that gives Giles something to play with? The plan, then, was for the left-arm spinner Giles to bowl over the wicket into that rough and you could see Tendulkar didn’t like it. It frustrated him. And in the end, he was stumped by keeper James Foster,” wrote Hussain

“Sachin did get 90 in Bangalore before he was stumped and India did win the series, so it was not as though it transformed things. But it was a way to keep Tendulkar quiet, just as Joe Root will have to keep Virat Kohli quiet if England are to win this time. The lesson really is that if you can keep control of the run-rate in India, then you are in the game. It is knowing when to flick the switch and attack while ensuring the run-rate never gets away from you by learning when to sit in and defend,” he added.

Hussain further pointed out the issues in England’s bowling and said that the duo of Dom Bess and Jack Leach should refrain from bowling the bad deliveries as it’ll make things very difficult for Joe Root.

“Root’s problem is that Dom Bess, in particular, and to an extent, Jack Leach are still bowling the odd bad ball. Bess’s control of length is not where it should be at the moment, so his captain is giving him protection, like a deep cover, which is commendable in many ways. But when a catch goes begging because you don’t have that extra fielder around the bat, an opportunity is lost, and that reflects on the captain as much as his bowler,” he concluded.

England will take on India in the 4 Test series starting February 5th. For England to qualify for the World Test Championship final at Lords, they need to beat India 3-0, 3-1 or 4-0. That, however, is massive ask from Root and co. 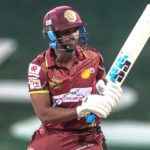 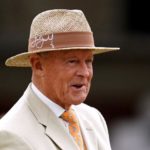