India will be delighted to see Hardik Pandya bowl. He is an important cog in the Indian T20I set up and adds an impeccable balance to the men in blue. After picking up an injury in the 2019 World Cup, Hardik Pandya restricted himself from bowling and played as a pure batsman. Even in the Indian Premier League, he didn’t bowl much for the Mumbai Indians. However, in the T20I series against England, Pandya was back to bowling his full quota of overs. Reflecting on his return to the all rounder role, Pandya said that his body is coping well with the workload.

“I have been working on fine-tuning my action and at the end of the day when you go into the nets, I don’t think you can focus too much. I feel my body is ready to take it and [I’m] coping well,” Pandya told Star Sports post the game.

Pandya was brilliant with the ball and ended the series with an economy of 6.94. He also played a brilliant knock in the series decider. When asked about how he approaches the match situations, he revealed that he is aided by the fact that he thinks like both, as a batsman and as a bowler.

India experimented a lot in this series and on most occasions, it paid off. Ishan Kishan and Suryakumar Yadav made their debuts and fetched the Man of the Match award. They tried four different opening combinations, shuffled their batting order and even had a new lead spinner by the end of the 5th T20I. Taking about the same, Pandya reckoned that the experiments were done keeping the World Cup in mind.

“Looking at the World Cup, we wanted to try out a few things. To bat first and win games…the dew was there but our bowlers were pretty smart and it was top class. We didn’t speak much about using slower balls, but the wicket allowed us to do it. The variation is our strength as well. The batsman is always guessing and that one fraction of a second you get changes the game.” 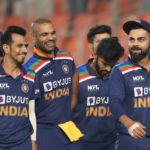 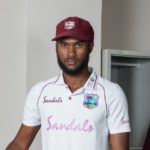