Sri Lanka cricket has been in turmoil over the last few months. The players are involved in a pay dispute with the Sri Lanka Cricket Board (SLC) while their on-field performances have not been that great either. Former Sri Lanka spinner Muttiah Muralitharan is not impressed by what has transpired in the last few months and has slammed the senior players for not agreeing to the contracts. The players were said to have not signed the contracts over transparency issues, but Muralitharan believes that players refused the contract due to lesser pay.

“This year we think they don’t need a central contract, we can go with tour contracts,” Murali told Hiru TV.

Also read: The Hundred: Here’s all you need to know about the rules – Sky247 Blog

The legendary bowler, Test cricket’s highest wicket-taker with 800 scalps, said the senior players influenced the young cricketers to not sign the contract. He added since the players didn’t take the contract when it was offered to them, it is fair for them to stay contract less.

Notably, SLC was not happy with the players’ attitude and pulled the new contract, adding that players will only be offered tour contracts till the end of this year. Several senior players who are not part of the white-ball set-up are now without deals.

While several players agreed to sign the contracts later, SLC only offered them tour contracts. SLC’s move means that players will be paid on a series basis. With no Test series scheduled till November, players who are not part of the white ball set-up are the worst affected. 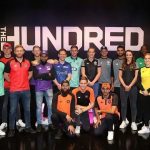 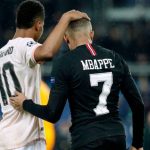