The Bangladesh Cricket team is scheduled to travel to Zimbabwe for a lone Test match followed by three One Day Internationals and as many T20 Internationals. The all-format tour will commence with a Test fixture on July 7 at the Queens Sports Club in Bulawayo.

Ahead of the tour, Bangladesh have received a massive blow as it is learned that their ace wicketkeeper-batsman Mushfiqur Rahim has suffered a hairline fracture. Mushfiqur suffered an injury in a game between Abahani Limited and Gazi Group Cricketers (GGC) during the 2021 edition of the Dhaka Premier League (DPL).

The scans confirmed that the wicketkeeper has suffered a fracture. However, it is yet to be known for how much time Rahim will be away from the game. “We did a CT scan on Mushfiq’s hand, which has come up with a hairline fracture on his left index finger,” Dr. Debashish Chowdhury, BCB’s chief physician, said.

“We have asked him to take a break of one week, but we are hopeful that the recovery won’t take too long. Since it is a hairline fracture. We will review the injury after one week, and then we can determine what to do next,” he added.

Mushfiqur essayed the captain duties for Abahani Limited. Under his leadership, the team performed decently as they have qualified for the Super League stage. They are currently at the top of the points table alongside Prime Bank Cricket Club with 20 points. Rahim was in good form with the willow too as he scored 267 runs in 12 innings, with an average of 38.14 and a strike rate of 130.24. 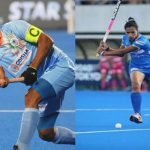 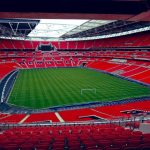