When India ended the fourth day at 181/6, they had the lead of only 154 runs and more or less, England were the favourites to win the Lord’s Test given India’s long tail. The hosts started the same way too nipping out the only unbeaten batsman Rishabh Pant in the first 15 minutes courtesy Ollie Robinson.

The same bowler pinned Ishant Sharma in front of the stumps with a slower delivery and at 209/8, it was a grim Indian dressing room. The lead was only 182 and England would’ve dreamt of chasing the total down by the end of the day’s play. But the two men, Mohammed Shami and Jasprit Bumrah, had something else on their minds.

The latter came out and swung a couple of times but the battle of words with Mark Wood and Jos Buttler heated things up in the middle and Bumrah decided to bat with Shami for a long time. The two showed very good patience and took on the short deliveries from England pacers who literally lost their way in a bid to unsettle Bumrah.

With open fields set, they took easy singles and then Shami began playing his shots and things started to go out of hands for England. They looked clueless with the way India’s tail enders batted and the Indian dressing room was definitely chuffed to see their dominance. The duo batted till lunch and given the importance of it, deserved a standing ovation.

And the Indian team gave it to them coming down into the members’ area of Lord’s to applaud the two batsmen after the end of the first session. BCCI released a video of the same soon after.

A partnership to remember for ages for @Jaspritbumrah93 & @MdShami11 on the field and a rousing welcome back to the dressing room from #TeamIndia.

Meanwhile, India have declared their second innings on 278/8 and set a target of 272 runs for England in 60 overs. 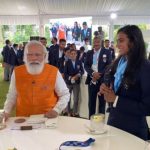 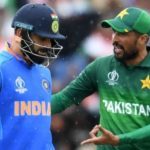