Pakistan vice-captain Mohammad Rizwan has cleared that the team is not at all worried about the skipper Babar Azam’s strike-rate in the T20Is. Babar has been exceptional with the bat, to say the least, in white-ball cricket but often there is discussion over his strike-rate despite batting for most part of the innings especially in the T20 format.

His strike-rate currently sits at 128.26 while Rizwan opens with Babar in the shortest format of the game. There have been concerns over the Pakistan top-order not scoring at a good rate upfront. While downplaying the strike-rate concern, Rizwan also pointed out that it was him and Babar only who chased down 204 against South Africa earlier this year without even breaking a sweat.

Moreover, he stressed that the middle-order concerns were glaring and is hopeful that the issues will be resolved soon with more good players coming up the ranks. “We’ve never felt an issue with Babar’s strike rate. When he goes big he generally has a strike rate over 140. People talk about our strike rate but do remember we chased down 200, just the two of us, so our strike rate can’t be that bad.

“There was an issue with the middle order, but we have more personnel coming in, so hopefully that should be resolved now,” Rizwan said during the virtual press conference. Pakistan team reached England soon after the PSL, played in Abu Dhabi, to feature in three ODIs and as many T20Is. The tour will commence from the ODI series on July 8 with the T20Is starting on July 16.

“We have played well in England over history. We have won home and away off late so we go in with a lot of confidence. If you look at the touch our top players are going into this series with, we’ll plug our weaknesses and you’ll find a very different side in a good way. It’ll be a good contest because our morale is very high too,” Rizwan added. 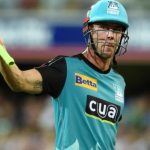 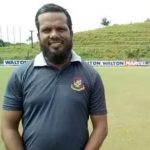