Former Pakistan bowler Mohammad Amir has said that he is willing to come out of retirement if the Pakistan Cricket Board respectfully ask him to play for Pakistan. Addressing a virtual press conference of his Abu Dhabi T10 League franchise Bangla Tigers, Amir said he does not want to find himself in a situation where comes out of retirement and then is ignored for selection.

Notably, Amir had taken premature retirement from the game after a fallout with the management. Amir said he is currently enjoying his life, spending time with family and playing T20 leagues across the globe.

Amir also backed pacer Hasan Ali who was slammed after his drop catch of Matthew Wade in the 20-20 World Cup semi-final against Australia. Amir said Hasan Ali wasn’t the only one at fault for Pakistan’s exit from the showpiece event.

When quizzed about the toughest batter Amir has bowled to, the left arm had no hesitations in picking former Australia skipper Steve Smith. He also said that bowling in T10 cricket is a tough job while adding that the format should be included in the Olympics to boost the popularity of the sport. 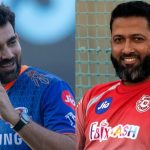 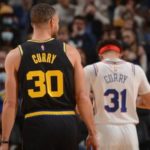