The remarks made by former BJP spokesperson Nupur Sharma and Naveen Jindal have been condemned by 16 Arab countries as well as the Organization of Islamic Cooperation (OIC), which has 56 member countries.

Among the nations on the list are Kuwait, Iran, Iraq, Qatar, Indonesia, the United Arab Emirates, Pakistan, Saudi Arabia, Bahrain, Oman, Libya, the Taliban in Afghanistan, Jordan, Turkey, and the Maldives. Following the diplomatic argument, the two were denied primary party membership.

Ali’s fake account has now been suspended. The fake account used the handle ‘@Moeen Ali18,’ whereas the English all-rounder’s handle is ‘@MoeenaliAli.’ The bogus account was created in May 2022 and had over 8,000 Twitter followers, according to the archives. The account’s bio states that it is a ‘Commentary account of Moeen Ali’ and that it is ‘Not Official.’

“If India does not apologize for its blasphemous statement, I will never go to India to play match again, I will also boycott the IPL. And I will appeal to my fellow Muslim brothers to do the same. I Love Muhammad P.B.U.H,” read the tweet.

In the meantime, Moeen Ali has claimed that if England asks him to tour Pakistan later this year, he would be willing to end his retirement from Test cricket.

“When, or if, Baz McCullum wants me, I’ll definitely play in Pakistan. I have played Pakistan Super League out there a few years ago but it’s not the same, to travel with an England side there having family background from that part of the world will be amazing. It would be a historic event because of England not touring there for so many years,” he said, as quoted by NDTV Sports. 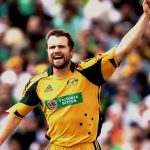