India women had a horrible outing in the first ODI against Australia women and lost the match by 9 wickets. Indian batters were at fault as they failed to post a formidable total on the board. It was only the efforts of skipper Mithali Raj, who scored a gritty 63, that helped India post 225-8 and reach some respectability.

The knock was not sufficient for India to win the match but from an individual perspective, it helped Mithali add another feather to her already illustrious career. Mithali’s 107-ball 61 helped her breach the 20000 run mark in professional cricket. She is already the highest run-scorer in women’s international cricket. She is also the only woman to score more than 7000 ODI runs and the second woman to score 10,000+ international runs in women cricket. This was Mithali Raj’s fifth consecutive half-century.

Meanwhile, apart from Mithali, Yastika Bhatia also scored 35 to lend her skipper a helping hand but 225 was never going to be enough against this formidable Australia women team. The runs were wiped out without much fuss, with 9 overs and 9 wickets to spare. Rachael Haynes scored an unbeaten 93 for the hosts while Alyssa Healy scored a brisk run-a-ball 77. Skipper Meg Lanning also scored 53.

Earlier, Australia women won the toss and opted to bowl. Darcia Brown was the wrecker in chief for Australia as she accounted for four wickets for 33 runs to break the spine of Indian batting. Sophie Molineux and Hannah Darlington also picked up a couple of wickets. The win also gave Australia their 25th consecutive victory. It’s a short ODI series and India women will now have to win both their remaining games to claim the series. The second ODI will be played on September 24. 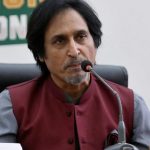 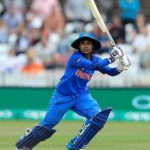