While there have been cases of players skipping their International assignments to play in the Indian Premier League, Mitchell Starc has gone the other way and pulled out of the IPL to play Australia’s domestic Shield tournament. Starc last played the IPL in 2015 and has since either missed the tournament due to injury or to manage his workload.

“I wanted to play as much Shield cricket as I could,” Starc told cricket.com.au, explaining his decision to skip the IPL. “Managing a few little things with the body and wanting to play as much red ball cricket as I could with certain guys heading off to the IPL, it was my intention to be the constant in the Shield team and hopefully play the role there as a senior head in the team. “It has been a gruelling summer for most people, whether you’ve been in different hubs and bubbles or started back in August, everyone’s doing the best they can”

It’s been a hard summer for Starc who, after performing well in the Day-Night Test against India, saw a dip in his form. The ace Australian was criticised for his below par performance in Sydney and Brisbane and is having a tough season of the Shield as well, where he has picked up 15 wickets in 10 innings at an average of 41.52. The left arm seamer said that playing in the Shield will help him find his rhythm back.

“It was nice to find a bit of rhythm there and take the handbrake off a little bit and just try and get into a rhythm of bowling fast and try and be aggressive. “Having that little bit of extra air speed is something I like to use to my advantage, today I got a bit of that in a few spells,” he said, post his three-wicket haul in the first innings against Tasmania.

New South Wales suffered a crushing defeat by 298 runs against Tasmania but they are still the front runners to make it to the final with 29 points. Starc, who has never featured in the Shield final, said that winning a Shield Trophy has always been at the top of his list.

“I haven’t played in a Shield final yet, I’d love to help the boys get there and take part and hopefully be a part of the group to win the Shield. “That was my first intention. I’ve played three formats for a long time, and I find my game plan doesn’t change too much across the formats but still, Shield and Test match cricket is the pinnacle for me.” 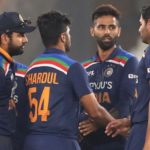 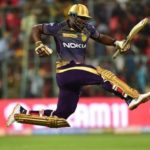