“Misbah-ul-Haq’s training and upbringing is different. Let me put it this way; he is the poor man’s Dhoni. MS was also restrained and not emotional. Misbah is also like this,” said Ramiz Raja.

“Misbah-ul-Haq has to take a new direction because there is a need to set the GPS right for cricket in Pakistan because aggression is in our DNA. I think, at times, he gets too protective and he gets cagey as soon as we lose a match. We shouldn’t be afraid of hiccups and setbacks.”

The former Pakistan skipper cited the example of England’s ODI team and said that their fearless attitude has made them one of the best limited over teams. Raja then lauded Ravi Shastri for his on-field aggression. He said that Shastri was a misfit in the Indian team as contrary to the other Indian players, he wanted to dominate the opposition. He added that Shastri and Kohli have induced fearlessness in the Indian team.

When we played against Ravi, we felt he was a misfit in the Indian team because he had aggression. He was a go-getter, a team player ready to open and bat down the order. His body language was different. We felt he wanted to be an Imran Khan type player because we were like that,” Raja observed.

“I think he took this attitude to the Indian team, and fortunately for him, the captain Virat Kohli is also like that. He is aggressive and expressive and this has made a big difference for the Indian team,” the former Pakistan skipper added.

Pakistan’s next assignment will be against South Africa where they’ll play 3ODIs and 4T20Is. The series will kick off on April 2nd at the SuperSport Park in Centurion. 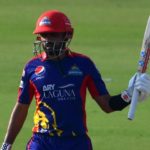 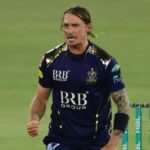