England skipper Joe Root is coming back from some scintillating performances against Sri Lanka in Sri Lanka. He was the top scorer for England and amassed 426 runs at an average of 106.50. While Root scored all around the ground, one shot that earned him a lot of runs was the sweep behind the square on both sides. When asked about whether or not he’ll attempt to sweep against the likes of Ashwin and co., Root hinted that he might avoid the shot to minimize the risk of getting out.

“The challenge here will be assessing what’s right in front of us, assessing the attack that they pick and then just trying to pick it apart and find a way of scoring runs. And it might be that I don’t have to sweep as much, or I chose not to sweep as much. But I’ll have to find a different way of scoring my runs, and that’s the beauty of batting,” Root replied to Sportkeeda.

“That’s the thing that I really enjoy about it is that you can’t just bank on one way of doing things all the time, you have to look to get better, you have to look at different ways of scoring runs and manipulate the field, and trying to get on top of the bowler. And when you come across one of the best sides in the world – especially in their own conditions – like India, that challenge is something that I am really looking forward to,” he further added.

While most English batsmen are known to struggle against the spinners, Joe Root is an exception. He’s one of the best players of spin. On his last tour to India, he was the highest run scorer for England and scored 491 runs in 5 games at an average of 49.10 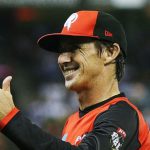 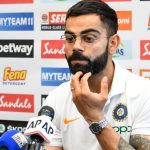