Sri Lanka and West Indies are set to face each other in the first of the two-match Test series from Sunday (November 21). However, only a couple of days ahead of the series, Sri Lanka’s fielding coach Shane McDermott has testing positive for COVID-19. He is currently self-isolating away from the team hotel.

Moreover, head coach Mickey Arthur, batting coach Grant Flower and physio Brett Harrop have been deemed as close contacts of Shane and are isolated as well. There is no threat to the Test series as of now and the opening game will commence as planned on Sunday (November 21).

The coaching staff was training with the team in the last few days but head of Sri Lanka Cricket’s Medical Committee Prof. Arjuna De Silva believes no player was in close contact with them.

“There has been no direct contacts when it comes to the players. Anti-body tests will be done on the close contacts tomorrow, while another round of testing will be conducted prior to the start of the first Test. All of Sri Lanka’s players and coaching staff are double vaccinated, and as such there is little chance of the start of the first Test being impacted,” he said according to ESPNCricinfo.

The two-match Test series is set to be Mickey Arthur’s last assignment with Sri Lanka team. He has been appointed Head of Cricket for Derbyshire and announced his resignation as SL head coach only a couple of days ago. He might end up watching the Test series in isolation itself now having deemed a close contact of an infected person. 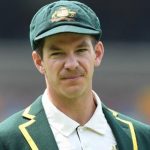