A splendid performance against Sri Lanka has pushed Bangladesh spinner, Mehidy Hasan, to the second spot in the latest ICC ODI rankings for the bowlers. Mehidy was the wrecker in chief for Bangladesh, picking up seven Sri Lanka wickets in two games which saw him jump three places to second. Also, his teammate Mustafizur Rahman has jumped eight spots to ninth. New Zealand pacer Trent Boult leads the chart with 737 points to his name. For Sri Lanka, Dushmantha Chameera’s three-wicket haul in the second ODI lifted him 11 places to 61 while Dhananjaya de Silva and Lakshan Sandakan moved nine places up to 83rd and 94th respectively.

Meanwhile, Indian pacer Jasprit Bumrah dropped a place to fifth. Bumrah is the only Indian in the list. Bumrah hasn’t played ODI cricket since December last year and missed the limited-overs series against England which is the main reason for his downfall in the rankings.

In the ICC ODI rankings for batsmen, Mushfiqur Rahim, Man of the Match in both ODIs, moved four places to 14th while Mahmudullah advanced two places to 38. 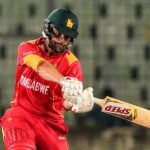 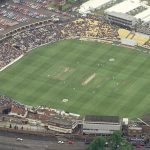