Like the first day, the second day of the mega auction has had no shortage of entertainment so far. The first round on Sunday saw a lot of surprises. While a few players bagged big contracts, some big names found no bidders and thus, went unsold.

Aiden Markram was the first name to be announced. Despite a little interest shown by teams like Punjab, Hyderabad acquired his services for INR 2.6 crore. Ajinkya Rahane then got one bid from Kolkata, and was purchased for his base price.

Gujrat were then seen in action as they went on to get three quality all-rounders. Them being Jayant Yadav, Dominic Drakes and Vijay Shankar. While Jayant Yadav and Dominik Drakes were got for INR 1.7 crore and INR 1.1 crore respectively, they spent INR 1.4 crore for Shankar.

Post which, Odean Smith was purchased by Punjab for INR 6 crore after a massive bidding war. Several teams such as Lucknow, Hyderabad and Rajasthan tried their luck but to no avail. However, the star of the first round was Liam Livingstone.

There was a massive bidding battle for the English all-rounder. At the end, it was Punjab who successfully managed to get him for a whopping amount of INR 11.5 crore. In the process, he also became the most expensive overseas player of this auction.

Marco Jansen, who wreaked havoc during the Test series against India, also got a contract with Hyderabad for INR 4.2 crore. Mandeep Singh was purchased by Delhi for INR 1.1 crore. Last but not the least, Krishnappa Gowtham was bought by Lucknow for INR 90 lakh. In the meanwhile, several world-class players like Marnus Labuschagne, Aaron Finch, Eoin Morgan, Dawid Malan and Chris Jordan went unsold. This came as a huge shock to one and all.

List of all sold players in round one of day 2 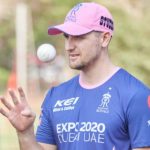 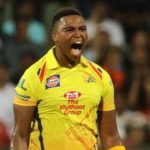