17th March 1996 was not a normal day in Sri Lanka. There was a sense of excitement, a little bit of nervousness as well as Sri Lanka eyed their maiden World Cup. The tournament was marred by controversies. First, it was West Indies and Australia, who refused to send their team to Sri Lanka citing security concerns, then in one of the darkest days in cricket history, Sri Lanka was declared winners by default after the Indian crowd went berserk following their team’s miserable performance in the semi-final at the Eden Gardens. Unfussed by the controversies, Sri Lanka played scintillating cricket to become the World Champions.

Arjuna Ranatunga won the toss in the final and put Australia in to bat at the Gaddafi Stadium in Lahore. Australia got off to a solid start before Aravinda de Silva got the better of Mark Waugh who was dismissed for 12. The wicket had little impact on Mark Taylor who played a blistering knock of 74, stitching a 101 run stand with Ricky Ponting (45), to set to a solid platform for the middle order. However, what followed was a dramatic collapse as Sri Lankan spinners wreaked havoc, reducing Australia to 170-5 from 137-1. The ever dependable, Michael Bevan dragged Australia to 241-7, a total that Australian bowlers would’ve backed themselves to defend.

The target was a tricky one and when Australia reduced Sri Lanka to 23-2, it started looking a daunting one. However, a calm and composed Aravinda de Silva, who stitched a magnificent 125 run partnership with Asanka Gurusinha (65) followed by an unbeaten 97 run stand with Arjuna Ranatunga (47*), took Sri Lanka to glory. The match will be remembered for an extraordinary performance from Aravinda de Silva, which saw him score a hundred and pick up 3 wickets. He was declared the Man of the Match for his exceptional performance. 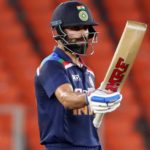 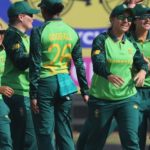