Royal Challengers Bangalore is on a roll in the 14th edition of the Indian Premier League. The Virat Kohli led side is the only unbeaten team in the T20 extravaganza thus far, having won all four of their league games. The franchise started its campaign in IPL 2021 with a victory against defending champions Mumbai Indians at the MA Chidambaram Stadium in Chennai.

This was followed by the team defeating Sunrisers Hyderabad and Kolkata Knight Riders at the same venue in Chennai. After the three games at the MA Chidambaram Stadium, the Bangalore outfit moved to Mumbai but that didn’t put an end to their winning streak. Playing against Rajasthan Royals at the Wankhede Stadium, the Virat Kohli led side registered a comprehensive victory by 10 wickets.

Owing to their dream run in IPL 2021, RCB is being hailed by all the cricket analysts and fans all across the globe. The latest to join the bandwagon is the renowned football coach and Manchester City manager, Pep Guardiola. Pep was in awe of RCB’s run in IPL 2021 as he applauded the skipper Virat Kohli and the franchise for their performance. Considered as one of the greatest managers of all time, Guardiola took to his official Instagram handle to share a snap of himself holding an RCB jersey.

Pep also reckoned that it’s finally time for him to learn the cricket rules. Pep captioned the short video as, “It’s time to finally learn cricket’s rules. Thanks to my friend @virat.kohli for the shirt. Now is your turn to use your Man City shirt @pumaindia @pumafootball #PUMAxRCB”

The previous year, Pep Guardiola and Indian skipper Virat Kohli were involved in an interactive session during the lockdown as they spoke at lengths regarding their love for football. The two superstars are professionally connected as they are the brand ambassadors for the global sportswear brand, PUMA. 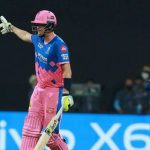 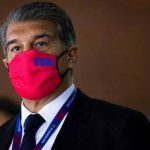