Former Sri Lanka skipper Mahela Jayawardene will join the Sri Lanka T20 World Cup squad as a consultant. Sri Lanka have not automatically qualified for the main draw of the World Cup and will have to play a qualification round to book their berth in the Super 12s. The Lankan Lions have been clubbed together with Netherlands, Ireland and Namibia and will have to secure a top-two finish to move to the next round. The iconic cricketer will serve the role from October 16-23, during the qualification round. Additionally, the veteran will also serve as the consultant for the Sri Lanka Under-19 team in the build-up to the Under-19 World Cup in West Indies.

Jayawardene is one of the most successful coaches in franchise cricket, having led Mumbai Indians to three IPL titles. He has also worked with England men’s team and several T20 franchises. The 44-year-old is currently with the Mumbai Indians team in UAE and will join the Sri Lanka team after the conclusion of the T20 extravaganza.

“He will share his vast experience and provide invaluable strategic support for the players and management team during a 7-day period from 16-23 October when the team will play Namibia, Ireland, and the Netherlands as they seek to qualify for the Group Stages,” SLC said in a statement.

Jayawardene’s tenure as a consultant of the Under-19 team will last for five months. The appointment was made after the recommendation of the SLC’s technical advisory committee.

“We are very happy to welcome Mahela into his new roles, as his presence with the Sri Lanka team and the Under-19 team is going to help the players immensely,” Ashley De Silva, the SLC CEO, said in the statement. “From his playing days, Mahela was respected for the vast cricketing knowledge he brought into the game, first as a player, then as a captain, now as a coach for different teams.”

Jayawardene is one of the best cricketers to have graced the cricket field. He scored over 25,000 international runs during a career that lasted over a decade. He led Sri Lanka to two consecutive 50 over World cup finals in 2007 and 2011 before finishing second in the 2012 World T20. 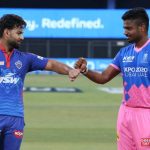 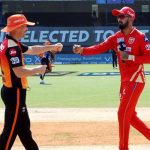