England had a nightmarish outing in their second inning of the Lords Test and suffered a crushing loss by 151 runs after being bowled out for a mere 120. England had their noses ahead going into Day 5 but the Shami-Bumrah onslaught turned the tides in India’s favour, leaving England stunned.

Former England skipper Andrew Strauss praised India and said Virat Kohli’s side deserved to take the lead in the series, adding the loss will leave England “battered and Bruised”. England were in a vulnerable position in the first Test as well but no play was possible on Day 5 in Nottingham as England escaped a possible defeat.

“They were favourites but let things slip before lunch (on final day) and then had another top-order collapse,” Strauss told Sky Sports. “Those early wickets put huge pressure on the middle order and India just had enough overs to bowl them out. It was feisty.”

“Every series with India, and particularly (Virat) Kohli, is feisty and as the match was on the line you expected nothing else. It has been five brilliant days of Test cricket.

“India were exceptional and there were times when England looked like they were going to get out of jail but, in the end, you have to say that India deserved it, they did enough to win. England are going to be absolutely battered and bruised as a result of that,” he added.

England at the moment are over-reliant on Joe root in their batting department as the rest other batters look completely out of touch. Many experts have called for a change in the top order as they feel that Dom Sibley and Rory Burns have not been able to set up a platform for the batters to follow which has put a lot of pressure on Joe Root. Strauss highlighted the issues in the opening pair and said the top-order batsmen need to take more responsibility.

“At some stage if you keep being two or three down for nothing, it’s going to come back to haunt you,” Strauss said. “Yes, they were two good balls to get rid of Burns and Sibley but, of course, then Joe Root is under pressure, (Haseeb) Hameed is under pressure and then Jonny Bairstow and the middle order as well. You just can’t keep doing that time after time,” he added.

“There are a lot of problems for England, no doubt about that. If they had got away with it again, we might have been able to paper over the cracks but not anymore. 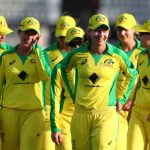 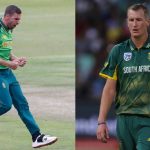