Citing the examples of India, England and New Zealand, the left-arm pacer pointed out that countries pick players who have learned their lessons in domestic cricket but Pakistan expect them to learn while playing international cricket.

“Look at the players that India, England and New Zealand are bringing into international cricket. They are ready to play at the highest level as they have done the hard yards and have completed their learning in the domestic and junior systems.

Amir further gave the examples of Indian players Suryakumar Yadav and Ishan Kishan who toiled hard in domestic cricket before they were given an opportunity to play international cricket.

“Look at Ishan Kishan, Suryakumar Yadav and Krunal Pandya, they looked ready and primed for international cricket when they made their debuts and did not look to need much advice or coaching at all. They have played several years of domestic cricket and the IPL and that makes their introduction into international cricket much smoother,” Amir said.

The 29-year-old, who retired from the game in December 2020, said that players should not be thrown into international cricket until they are not fully prepared for the highest level, adding that they should be asked to fine tune their skills in the domestic cricket first.

“International cricket isn’t school cricket where you learn on the job. It’s a tough environment where only players who are ready and who have learnt about the game and obtained the necessary skills should be selected. If you want to learn about cricket, do it at the academy or in First-class cricket, don’t come to international cricket underprepared and hope to learn whilst playing for your country.

Too often our young players are thrown into international cricket with technical flaws, with issues in their game, in the hope that they will improve. Well, it doesn’t work like that at all and the sooner we realise it, the better it will be,” the former pacer said. 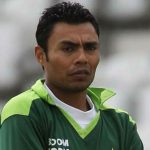 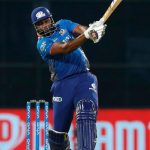