Lionel Messi has finalised his deal with Paris Saint-Germain (PSG). The former Barcelona striker has flown to France to complete the formalities. The Argentine stalwart has agreed on a two-year contract which can be further extended, claims a report in Hindustan Times. Under the new contract, Messi is likely to earn a whopping 35 million euros ($41 million) net annually. Messi’s father Jorge also confirmed Messi’s association with PSG.

Paris Saint-Germain is one of the few football clubs that can afford to sign a player like Messi. The arrival of Messi at PSG, that already have Brazil star Neymar and France World Cup winner Kylian Mbappe, will make the club even stronger. PSG paid a sum of 222 million euros (then $261 million) to sign Neymar from Barcelona in 2017 but there will be was no transfer fee for Messi.

Messi’s agreement with PSG marks the end of his long association with Barcelona, a club he joined as a schoolboy. It was while playing for Barcelona that Messi established himself as one of the greatest footballers of all time.

The six time Ballon d’Pr winner, on Sunday bid an emotional farewell to Barcelona after the club said they can’t afford Messi because of La Liga’s play rules.

“Leo wanted to stay at Barca. We wanted him to stay. I want to thank everyone that has been in the negotiations. There were lots of aspects that needed to be negotiated. He is the best player in the world and has other offers, of course. After all of this process, there comes a moment where you have to say ‘enough’. You have to analyse it and look at the numbers. In La Liga we have to abide by the rules. We think they could be more flexible, but that is not an excuse. We couldn’t abide by it. Leo deserves everything. He has proven that he loves Barca. He has his roots in Barcelona. I’m sad but I’m convinced we have done the best for the interests of Barcelona,” Barcelona president Joan Laporta said. 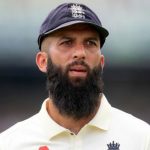 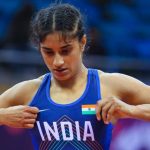