Rajasthan Royals were dealt with another blow as Liam Livingstone decided to opt-out of the IPL 2021 citing bio bubble fatigue. The development was confirmed by the franchise who said that they respect his decision and will continue to support him in any way they can.

Livingstone has been part of several bio bubbles over the last six months. He toured South Africa late in 2020 before entering another bubble for the Big Bash League. Post the T20 extravaganza, Livingstone came to India with the England team.

He made his debut in the ODI series in Ahmedabad before joining the Rajasthan Royals after the 3rd ODI. Several cricketers have opted out of various series due to the bio bubble fatigue terming it as mentally and physically draining. Josh Hazlewood, Josh Philippe, Mitchell Marsh also pulled out of the IPL due to the same reason.

Livingstone’s loss is a huge blow to Rajasthan Royals who are already without the services of Ben Stokes and Jofra Archer. Livingstone was one of the backups for Jos Buttler and David Miller but his departure meant that Rajasthan Royals can’t afford any more injuries. Neither they can rotate their overseas batsmen until they sign a new player.

Talking about Rajasthan Royals, they’ve had a horrible start to the IPL 2021 and have lost two off their three matches. Their batting looks very vulnerable. They seem to be too dependent on Sanju Samson and David Miller. Once Samson is dismissed early, their batting is prone to a collapse, as has been the case in the last two games. Royals play their next game against Royal Challengers Bangalore on April 22. 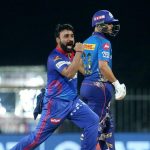 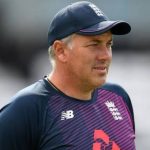