Jaffna Kings will lock horns with Colombo Stars in match nine of the Lanka Premier League (LPL). Kings are on a roll as they have won their last two matches against Dambulla Giants and Kandy Warriors. in both the victories, the Kings’ batters were phenomenal. Skipper Thisara Perera led from the front against Kandy and scored 53. Earlier, Avishaka Fernando had also scored 53 to lay a platform for the daunting total of 181. Later, the Kings’ bowlers kept the Warriors down to just 166, paving way for the 14 run win. The Kings are looking solid with plenty of depth in the team.

Meanwhile, their opponents, Colombo Stars are coming off from a loss against Dambulla Giants. The stars had to suffer the wrath from Philip Salt, who scored 62 runs off just 34 balls to set up a stiff target for Stars. In pursuit of a tall run-chase of 196, the Stars batters were guilty of not converting the starts into something substantial. Against the rampaging Kings, the Stars batters need to come good to harbour hopes of a win.

The pitch has been good for batting. We have seen some big runs scored in the tournament so far. However, it does get slower as the game progresses which makes chasing slightly difficult. 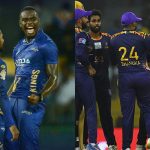 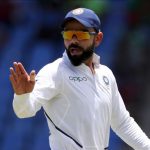